TangBand is an Asian manufacturer recognized worldwide for its large production capacity and its products with very good value for money.

TB Speaker speakers are mainly oriented towards the areas of hifi, home cinema and multimedia. 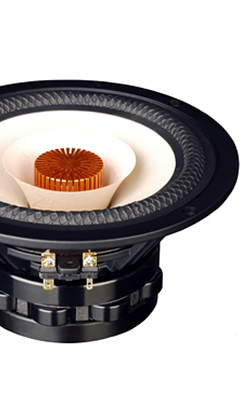 TangBand, also called "TB Speaker", was born in 1996 in Taiwan. Since 1999 the production plant has been located in Ningbo, China.
In more than 20 years of existence, the product range has continued to expand to establish itself in the speaker component markets for the hifi, home cinema and sometimes sound systems industry. professional.
The production tool has greatly evolved since the beginning, now Tangband is able to produce smaller quantities at a moderate cost.

TLHP® website has been created on 2006 Novembre by a family team composed by 4 sound passionate.
TLHP is a registered trademark, #1 loudspeaker seller in Europe.

This site uses cookies. By continuing to browse this site you are agreeing to our use of cookies. Find out more here.
x